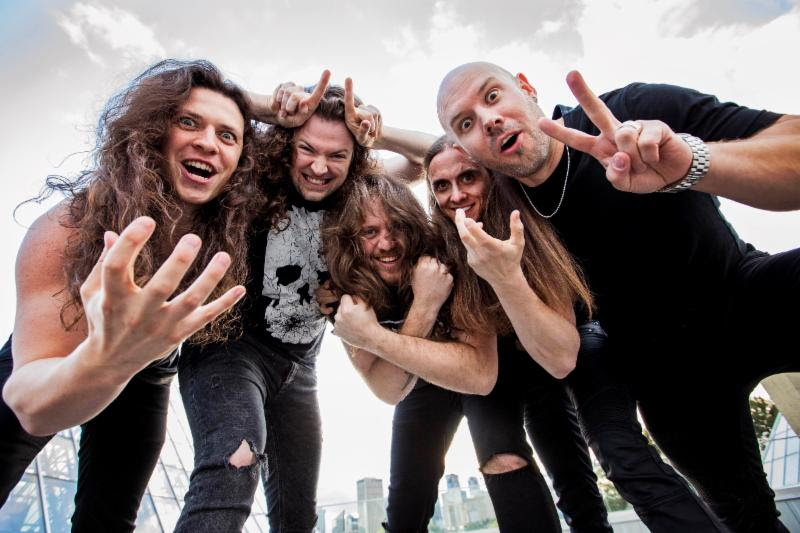 Canadian heavy metal stalwarts STRIKER have unleashed a new music video for the track “On The Run” off their sixth studio album “Play To Win,” which was released last October on the band’s own Record Breaking Records imprint. In addition to the new video, the band continues to hit the pavement with their “Summer of Shred” North American tour. Striker will join satirical metal legends Steel Panther for a string of dates in Canada this June, before returning stateside for three weeks alongside Holy Grail & Bewitcher on the “Deadly Ripping” North American tour; with a handful of headlining shows throw in between the two runs for good measure. A complete list of dates can be found below.

Commenting on the video for “On The Run” the band states, “As an independent band we are constantly pushing ourselves to be better and go further. “On The Run” is about just that; always moving forward with everything in your life. With this video we took on some new challenges with our director Lindsay Robinson in programming our own light show, and making all of the visual effects ourselves with very minimal computer graphics. We love how it turned out and we are excited to share it.

Champions in blending classic heavy metal, hard rock, and 80’s hair metal, Canadian shredders STRIKER’s sixth studio album “Play To Win” features 10 fist pounding shred-tacular anthems produced by the band plus mixed and mastered by Hendrik Udd (Firewind, Powerwolf, Hammerfall, Delain). The album follows their 2017 self-titled full length that the band supported with tours across Europe and North America with Sonata Arctica, Dark Tranquility, and Warbringer along with festival appearances at 70,000 Tons of Metal, Bang Your Head Festival (Germany) and more to add to their almost 1000 shows performed in their decade-plus career. That fifth studio album also garnered them a nomination from Canada’s JUNO awards, the country’s highest music prize, along with wins at the Edmonton Music Awards and Western Canadian Awards.

” ‘Play to Win’: if you want to win you have to play the game. Find the rules and break them. This is our 6th album and 3rd independent release. If we followed the rules and listened to the industry people we’d have gone absolutely nowhere. Play To Win is about listening to yourself, following your own path, and playing that 5th ace hidden in your sleeve. This album is designed to light a fire under your ass and get you moving, and we made sure to get the most modern, ear melting sounds possible. It’s all about where metal is going, not where it has been, and this is our soundtrack to success.”